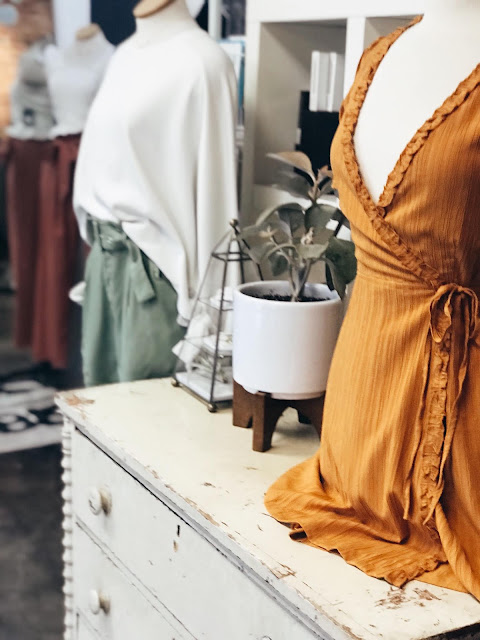 Whether you knew as soon as it happened, or found out later, hearing that Swank was closed due to a water leak that we had no control over was devastating for all of us. Knowing that we were disappointing so many of you, we were determined to get back open to you ASAP!

Walking into the chaos on that Monday morning was exponentially worse. Not only was there water streaming from the 20' ceiling in multiple places, but part of the ceiling had already collapsed onto three of our racks and the center of our store had become a water feature reaching all the way to our offices upstairs.

ALL the damaged merchandise was removed immediately from the store to prevent any mildew or mold and to prevent any further damages to the unblemished items so obviously, we had to replace it--for the sale rack, NEW SALE ITEMS and for the regular racks, ALL NEW ITEMS!!

So what did we do? Totally remerchandised the store and mixed everything up so even if there's something on the racks you've seen before, we guarantee it's in a new spot, hanging out with new friends, and planning new outfit goals than the last time you were in.

We have six new Spring shoe styles from Free People, ALL the flares and denim shorts a girl could want, so many good must-have staples from Sage the Label and Joah Brown, your favorite feminine touches from BB Dakota, and a boho babe's dream in shipments from Free People, Band of Gypsies, and MINKPINK, ALL in the course of one week!

Did I mention we have more coming next week??